Spielfelder #2 – the second out of three Spielfelder-series created in 2015 – consists of twenty-one drawings on vintage paper, printed on the back with works by set designer Caspar Neher (1897-1962).
The Spielfelder are symmetrical square compositions of lines and color fields, which appear as classical board games. They suggest the inherence of a specific game idea, whereas a reference to rules, or an instruction to the game does not exist. As a matter of fact, none of the Spielfelder relies on a specific play process, but is composed intuitively, in a sense based on inner, synaesthetic logic. Endless ways of playing or interpretations are possible. Interpretation remains the game. 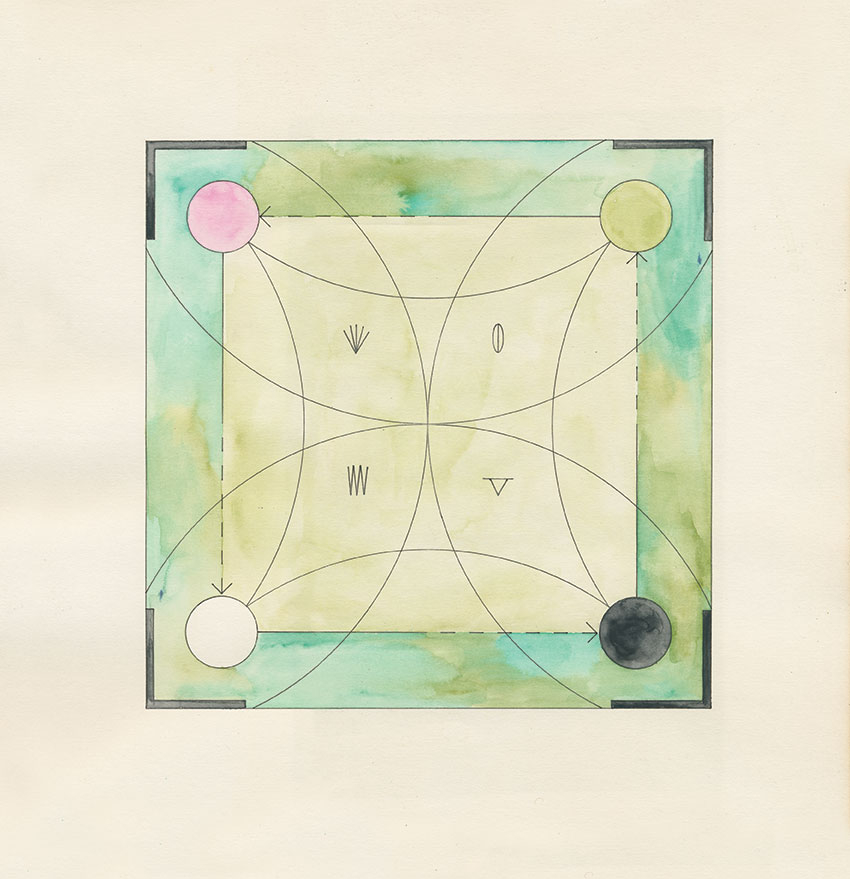 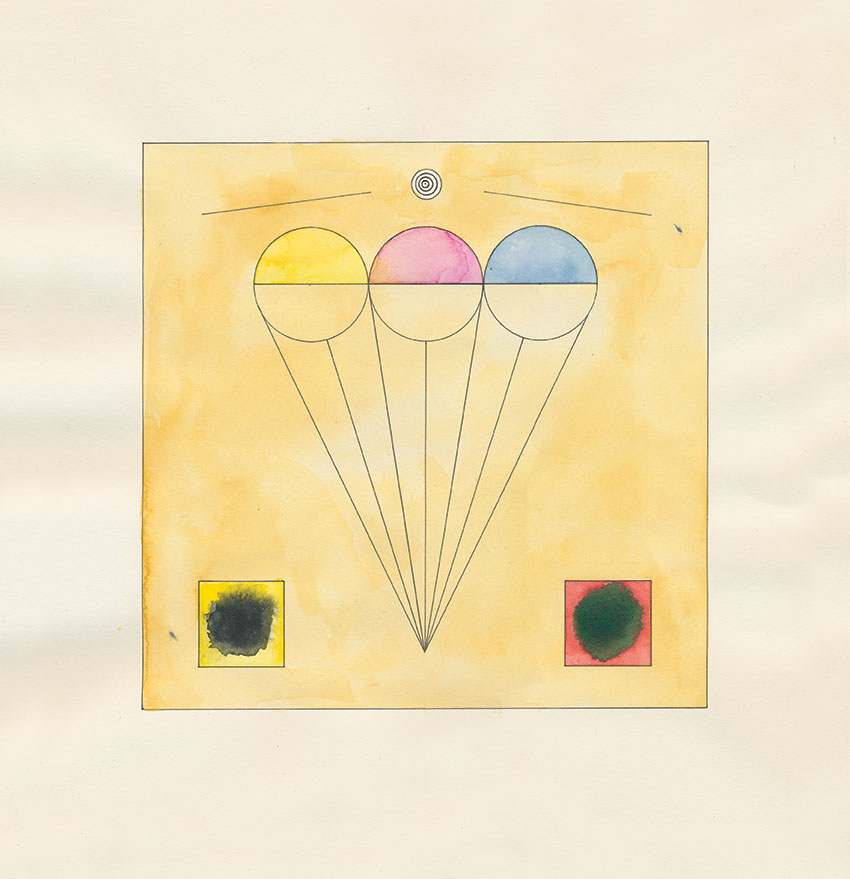 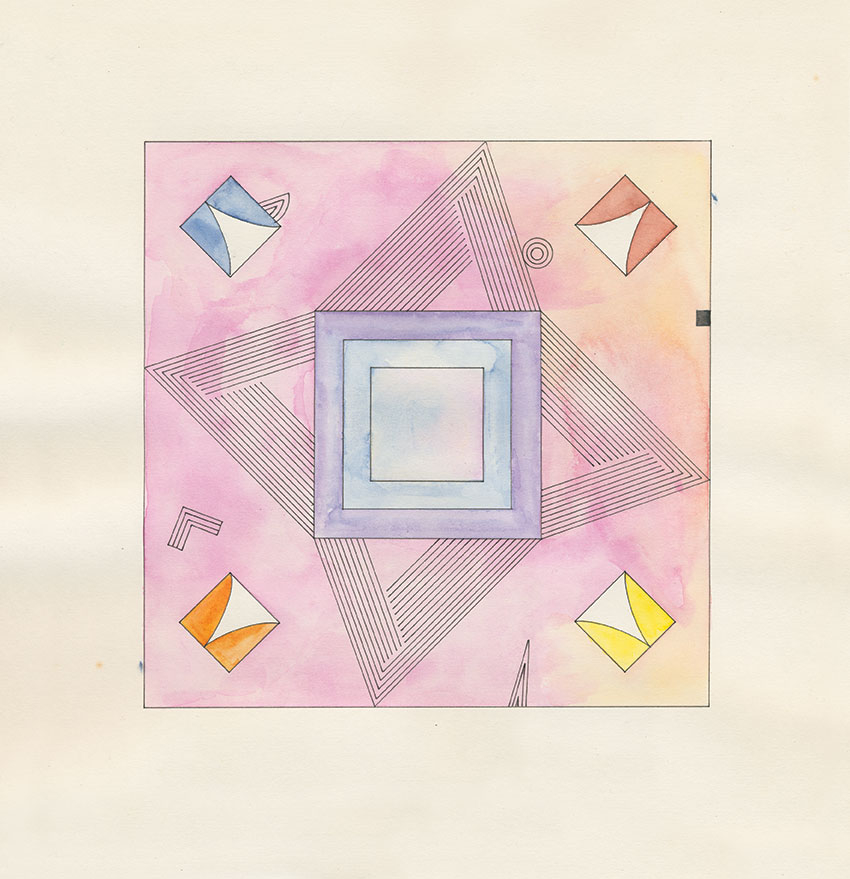 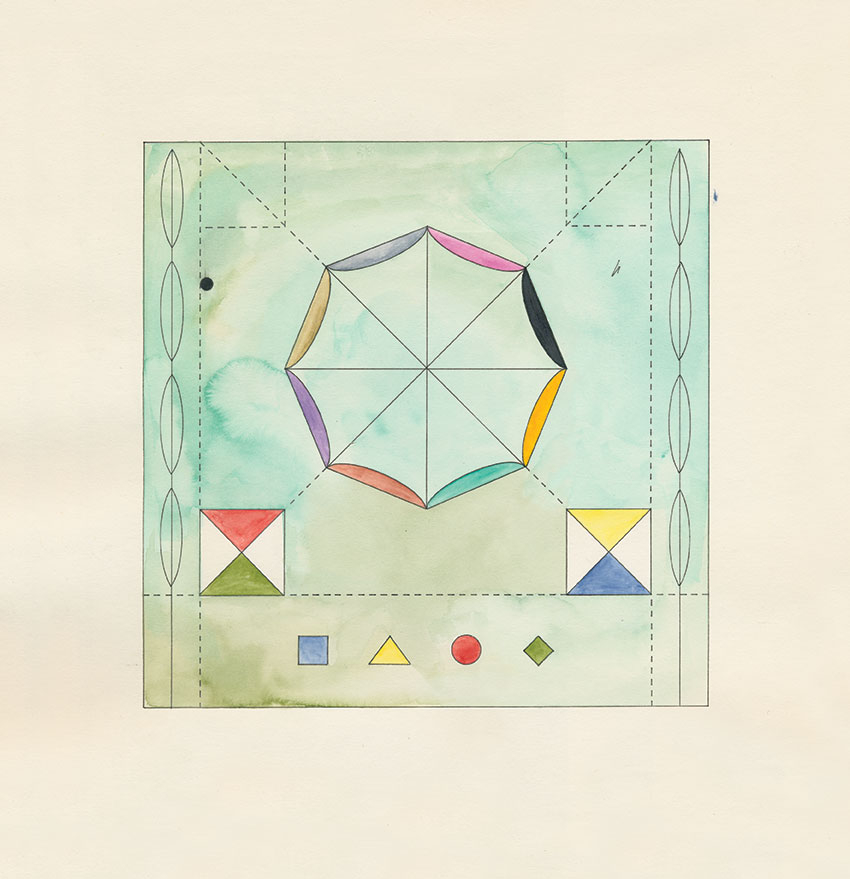 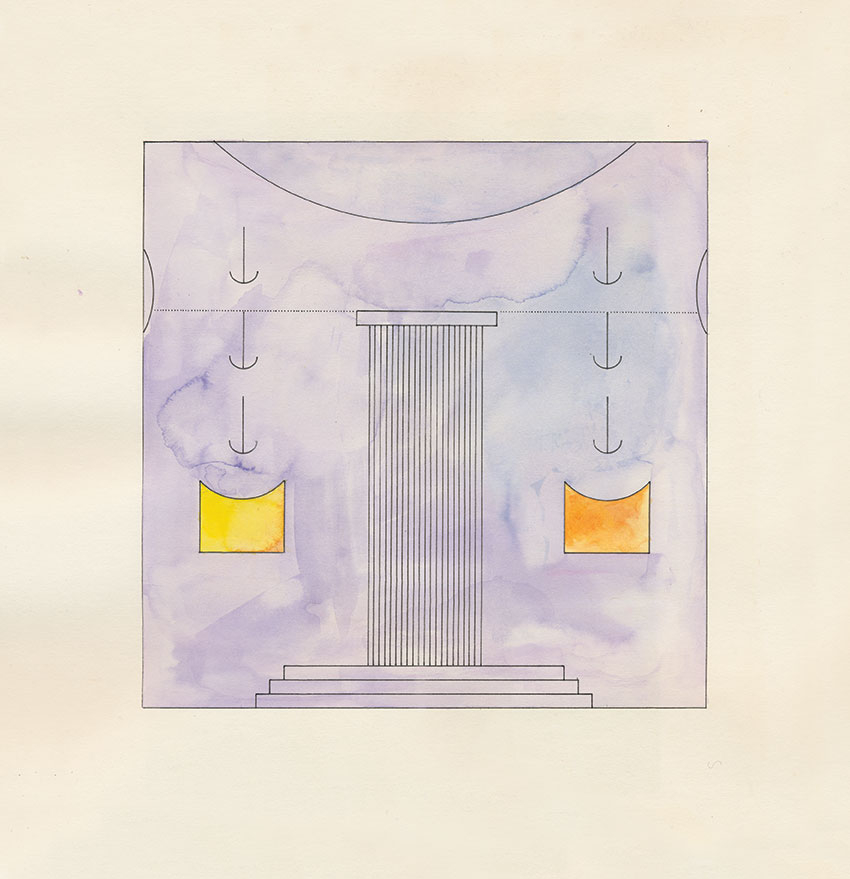 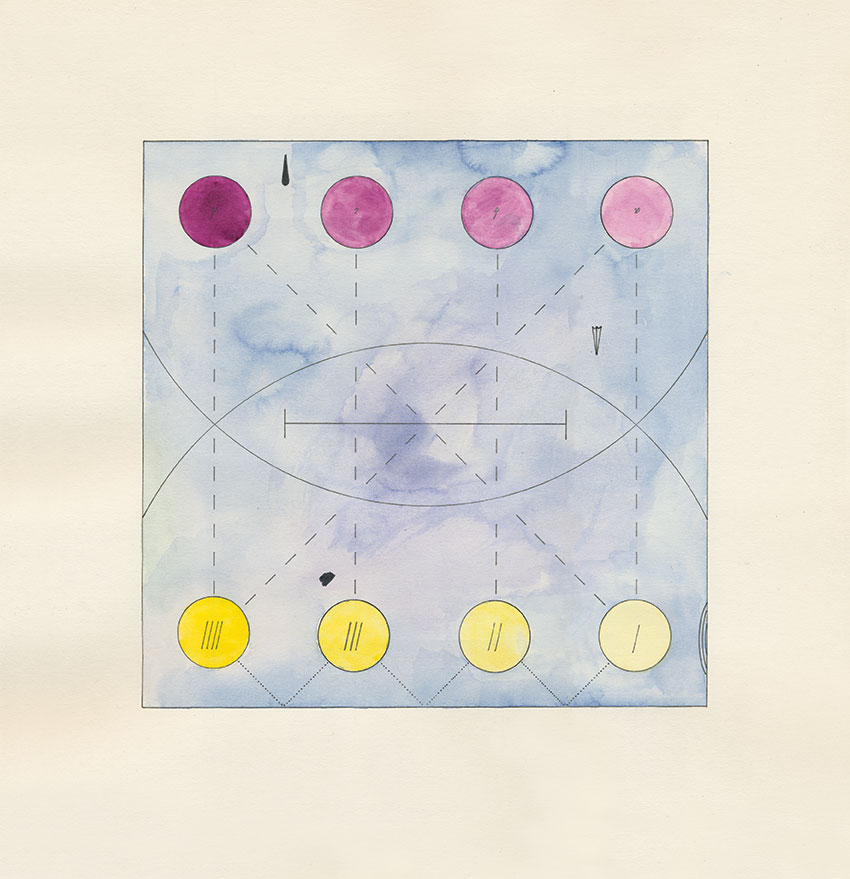 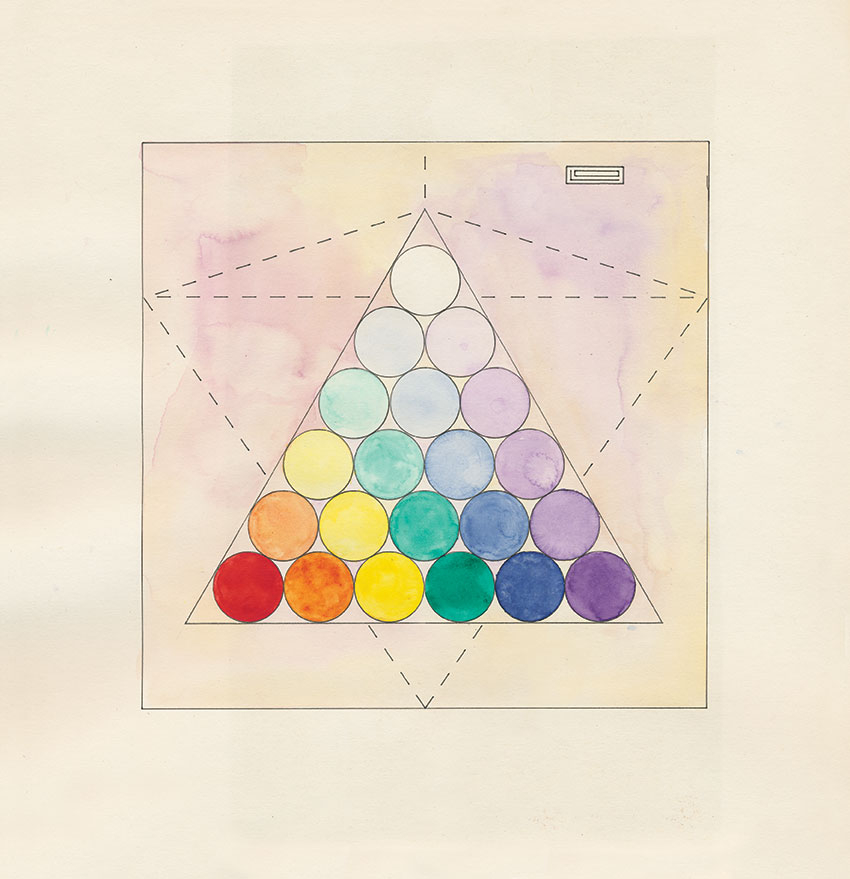 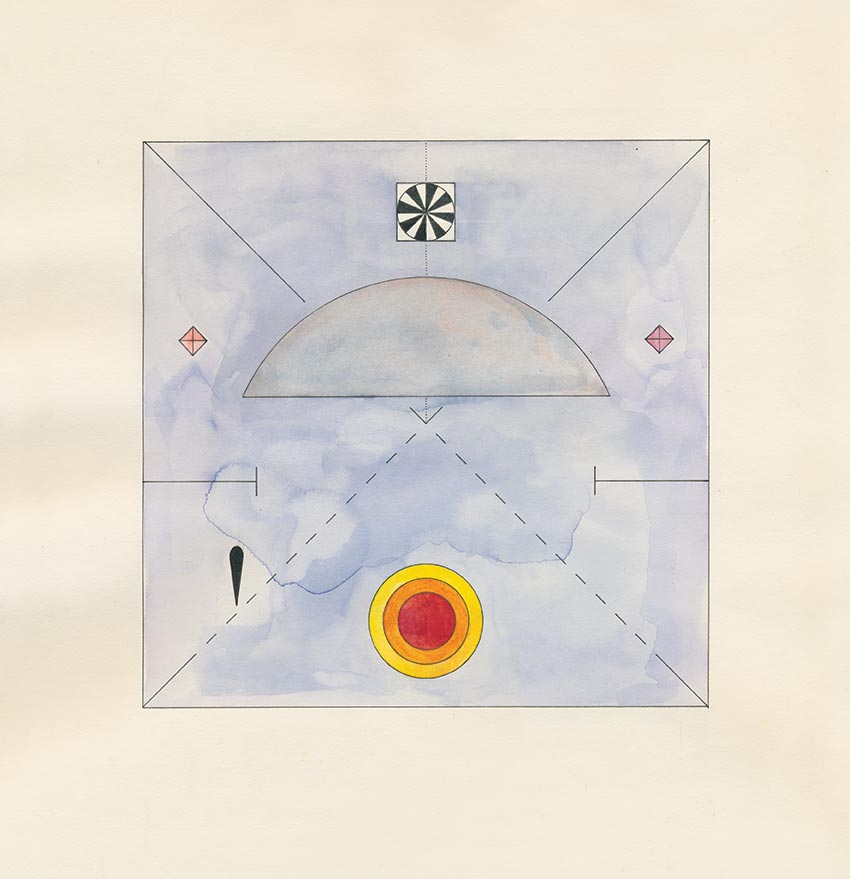 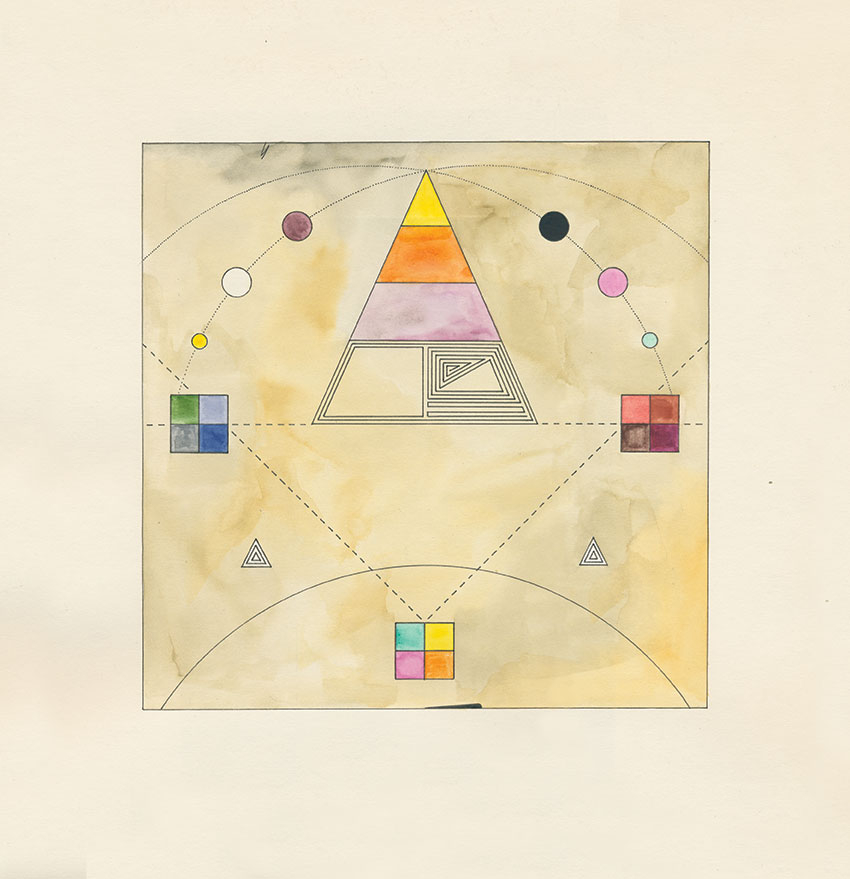 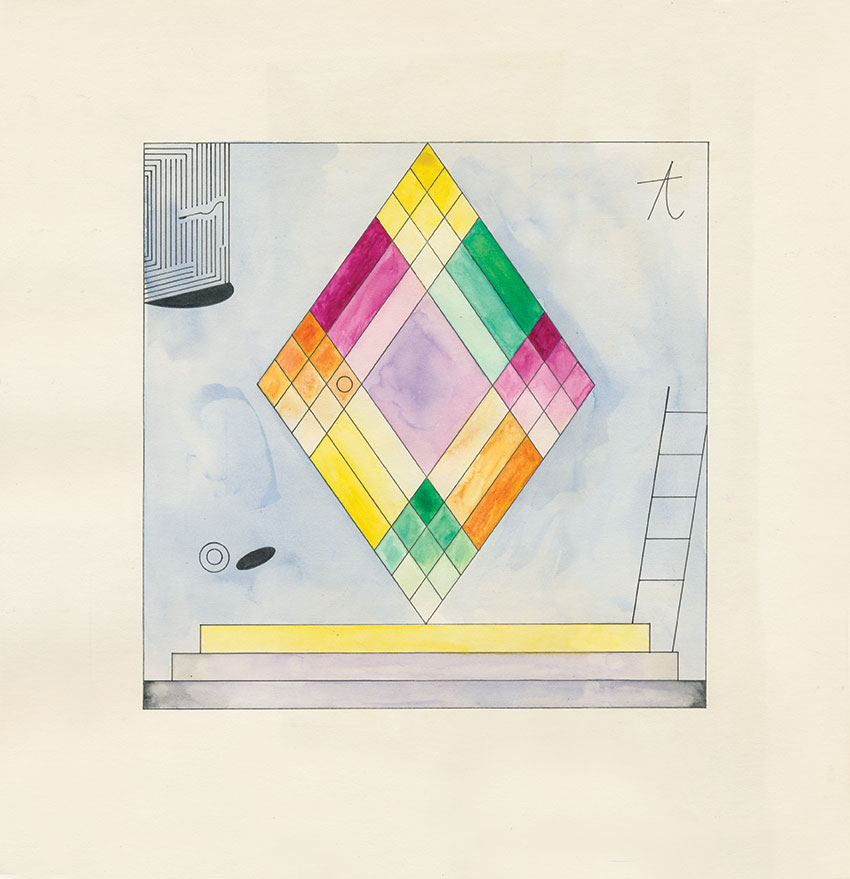 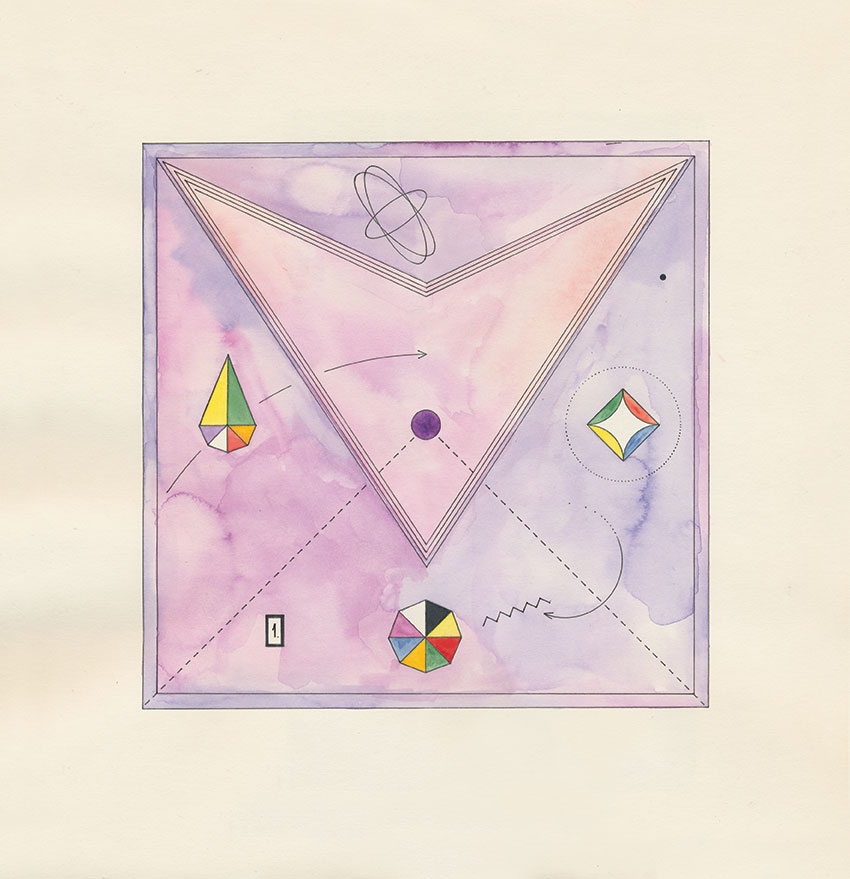 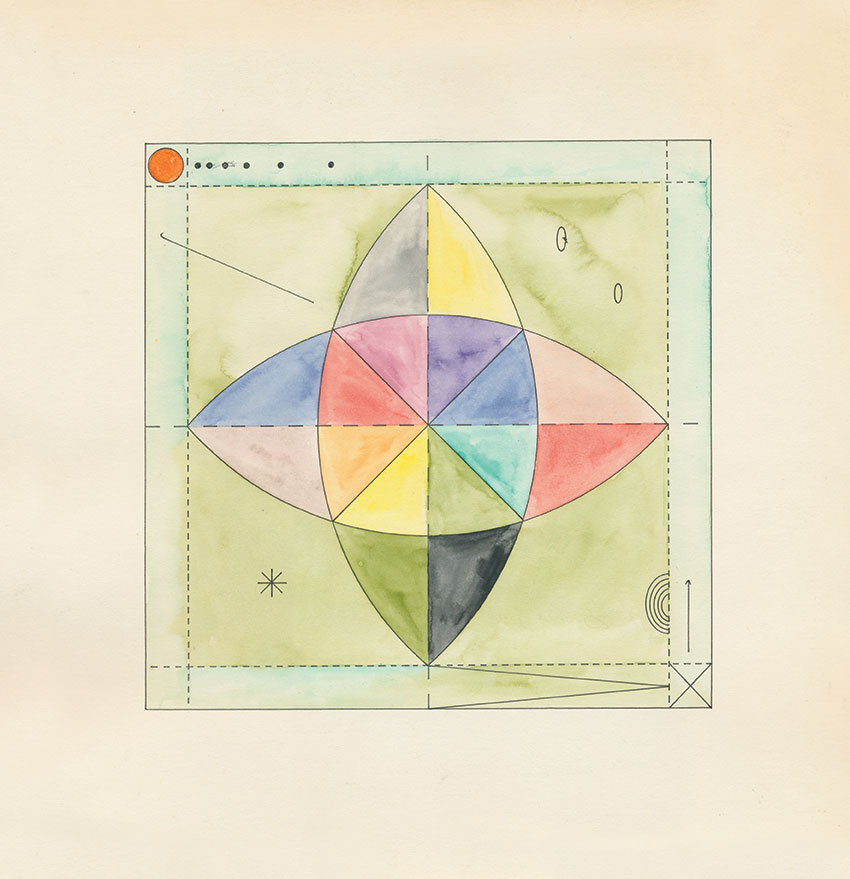 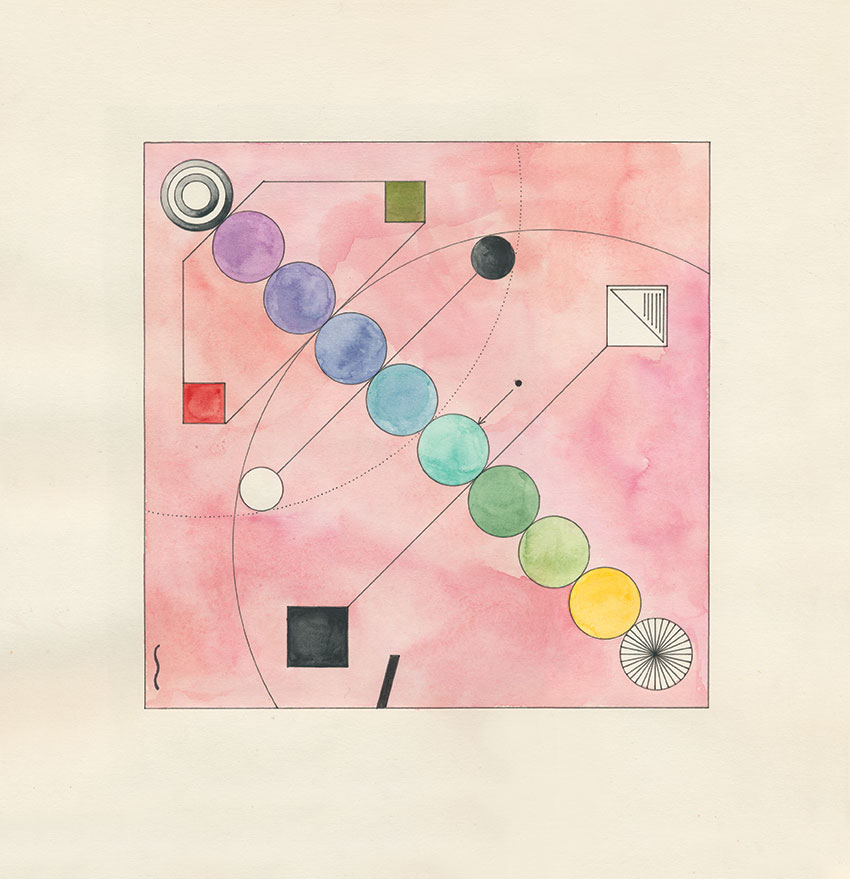 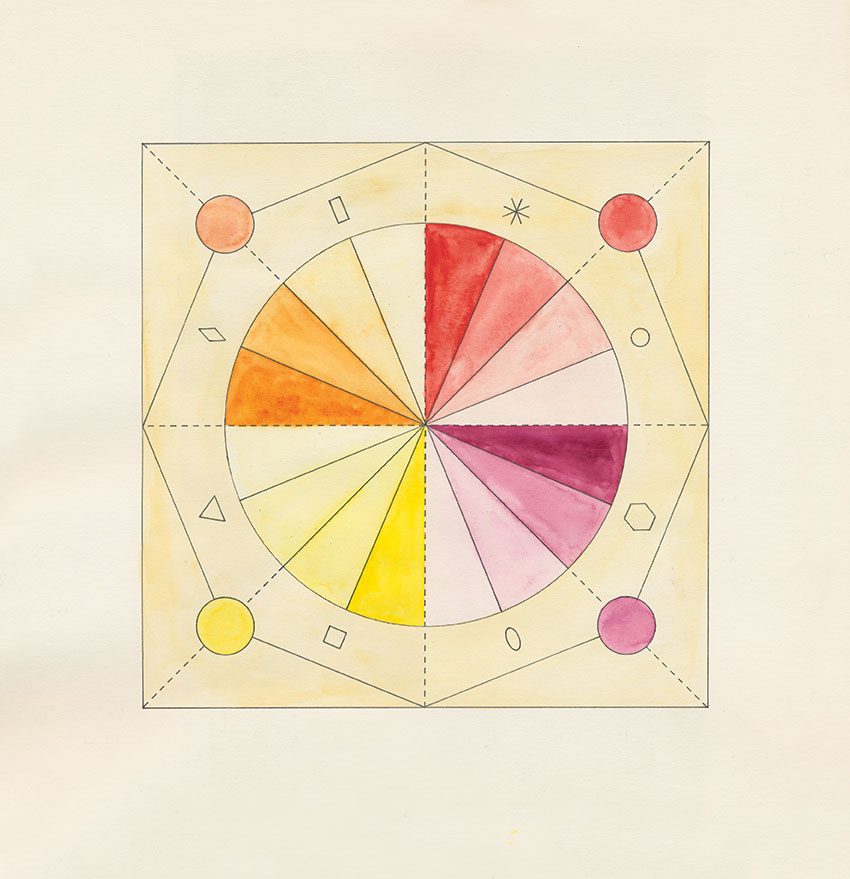 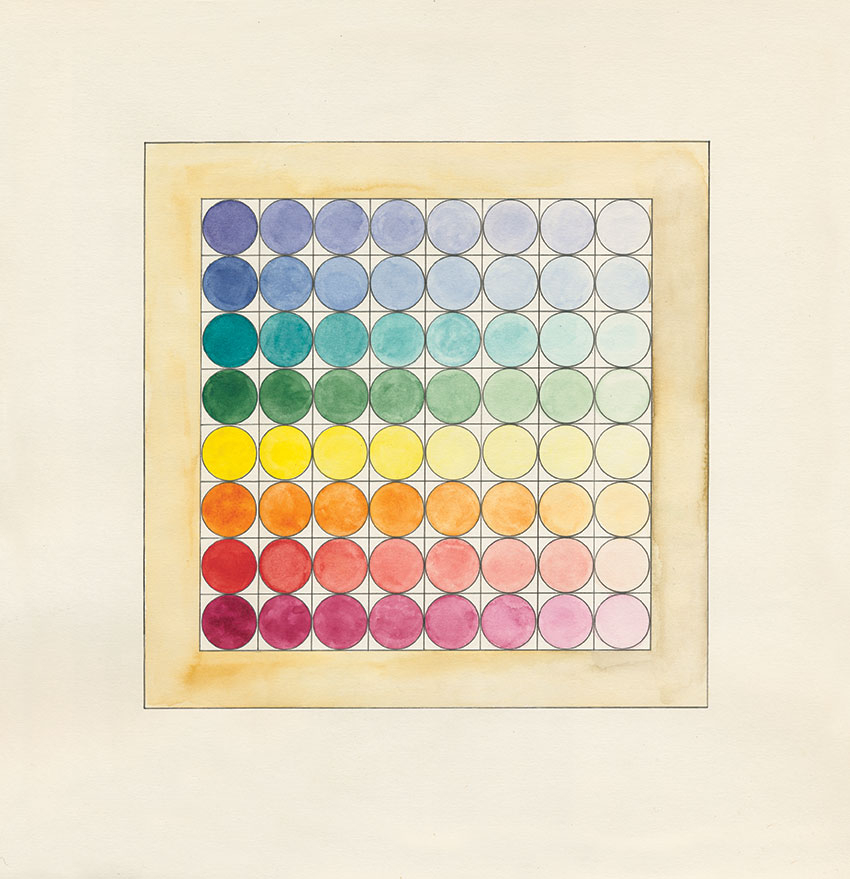 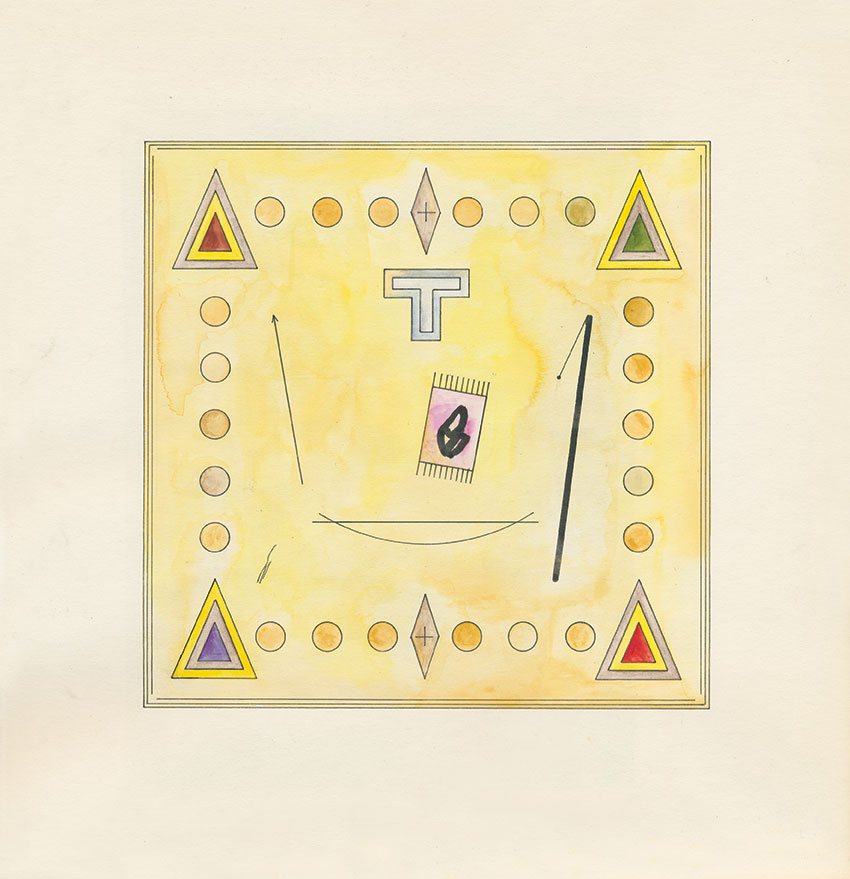 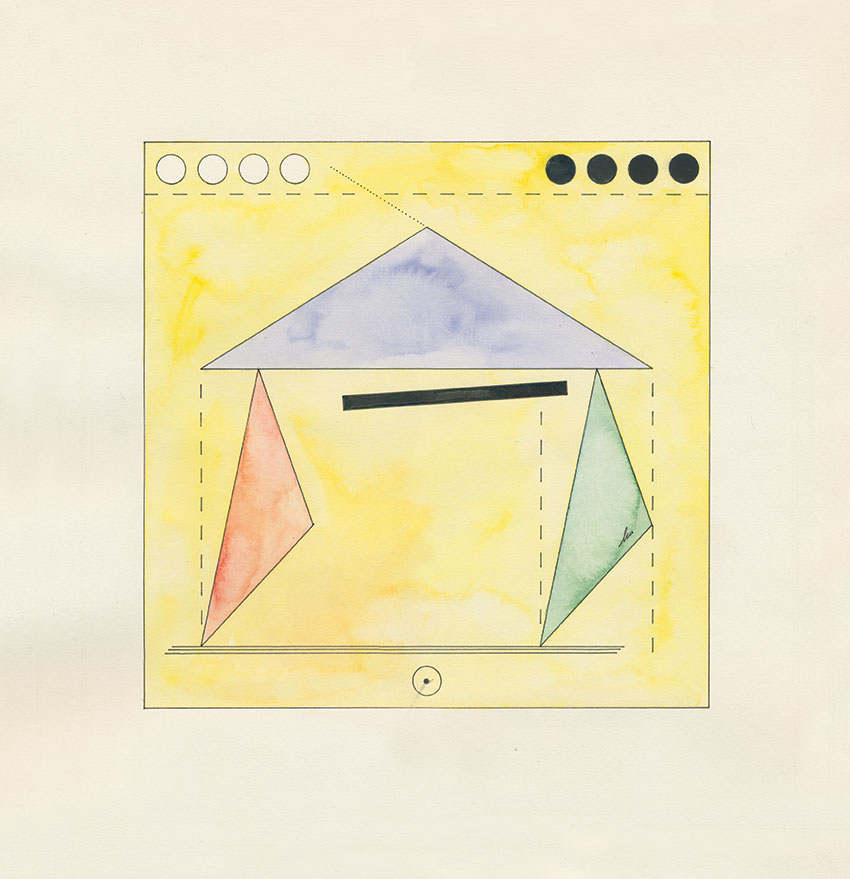 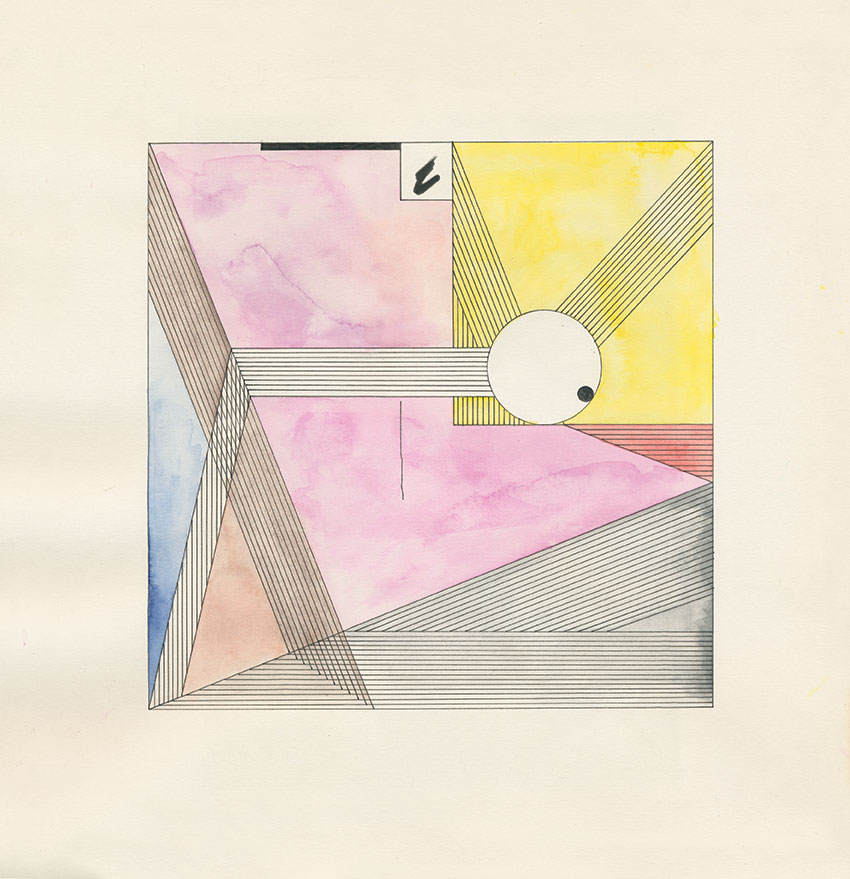 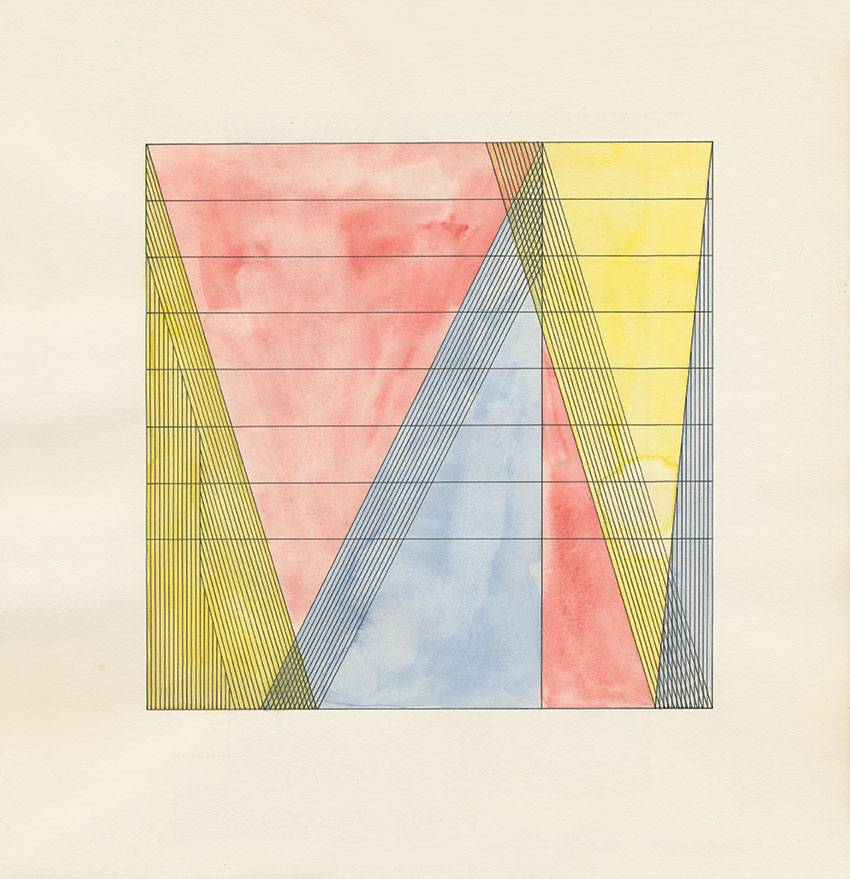 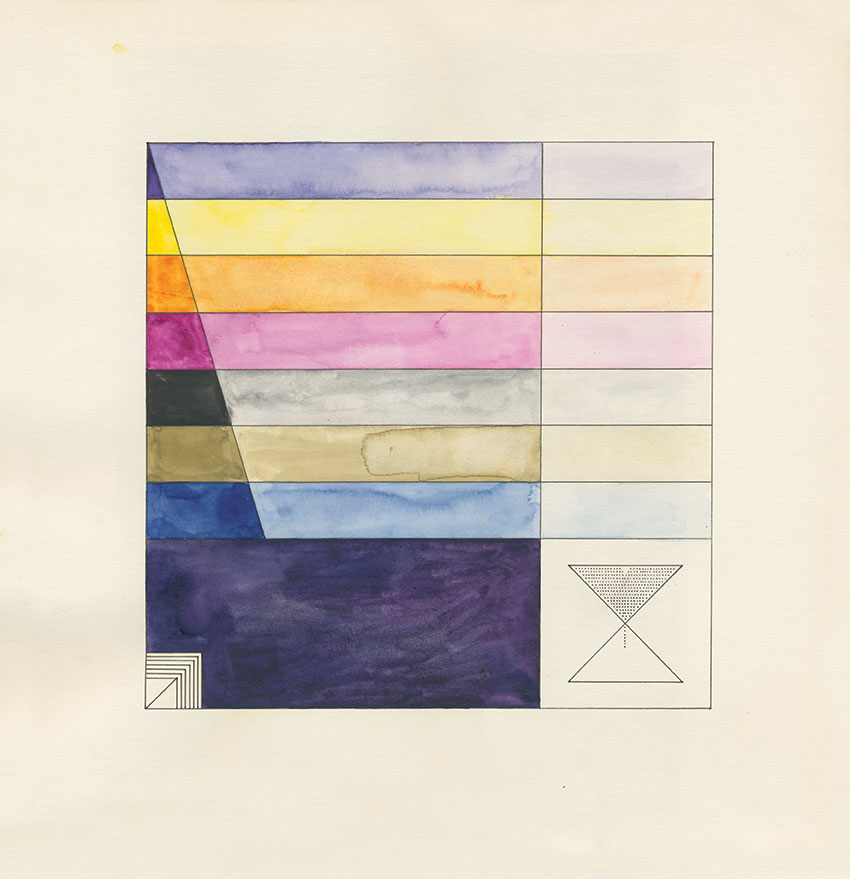 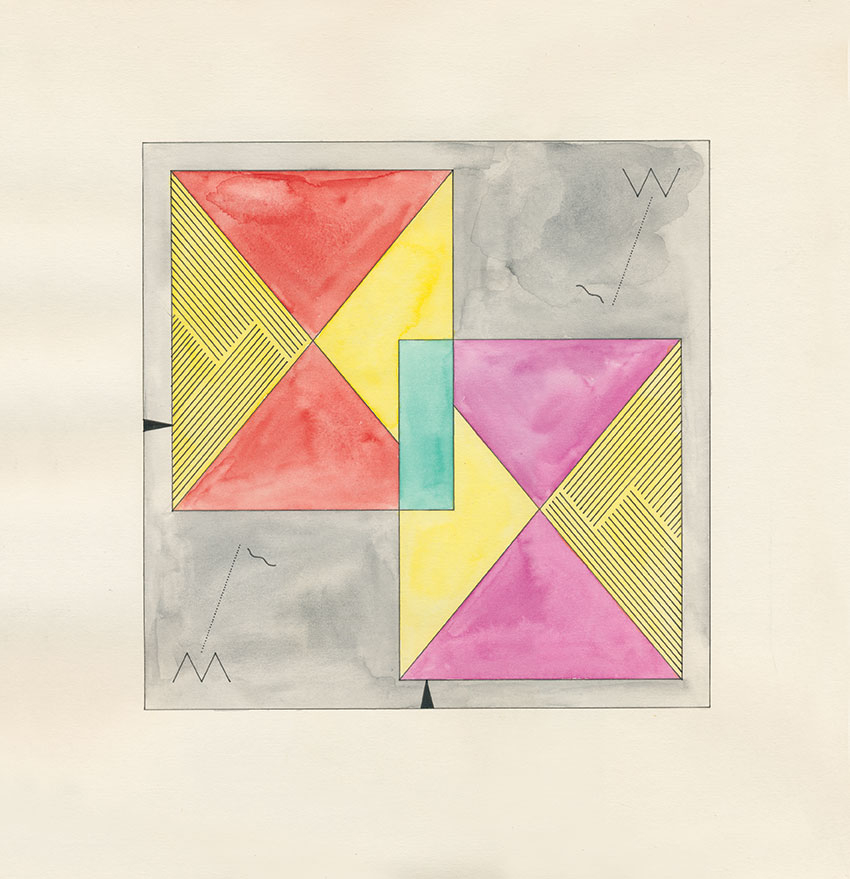